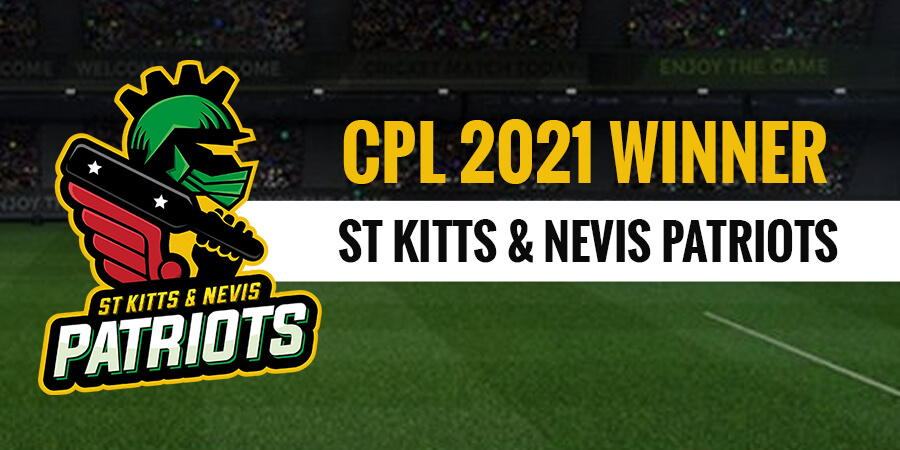 In a thriller final match, St Kitts and Nevis Patriots won their first ever CPL (Caribbean Premier League) trophy by defeating Saint Lucia Kings by 3 wickets. In a heroic chase, the hero was 23-year-old Dominic Drakes who scored a magnificent knock of 48 runs off 24 balls.

If you followed last year’s CPL, you would believe that the Patriots had achieved a huge mark as in the last year’s edition, they won only 1 match out of 10 and were at the bottom last of the points table.

How did the CPL Final go ?

After the experienced players like Chris Gayle, Evin Lewis and Dwayne Bravo failed to give their input during the 2nd innings chase, it looked like the team was heading towards another loss. But then the young players like Sherfane Rutherford, Joshua Da Silva and Dominic Drakes took the matter in their hands and handed over the victory to the team.

In the last 6 overs, Patriots required 65 runs to win with 5 wickets in hand. Drakes put on an amazing show of his skill which astonished everyone. He scored 48 runs with a strike rate of 200, which included 3 fours and 3 crucial sixes which he hit in the final overs, whereas, Da Silva and Rutherford scored 37 runs and 25 runs, respectively.

In the end, the Patriots captain Dwayne Bravo lifted the trophy alongside his teammates. For his match-winning performance, Drakes has been awarded the Player of the Match award.