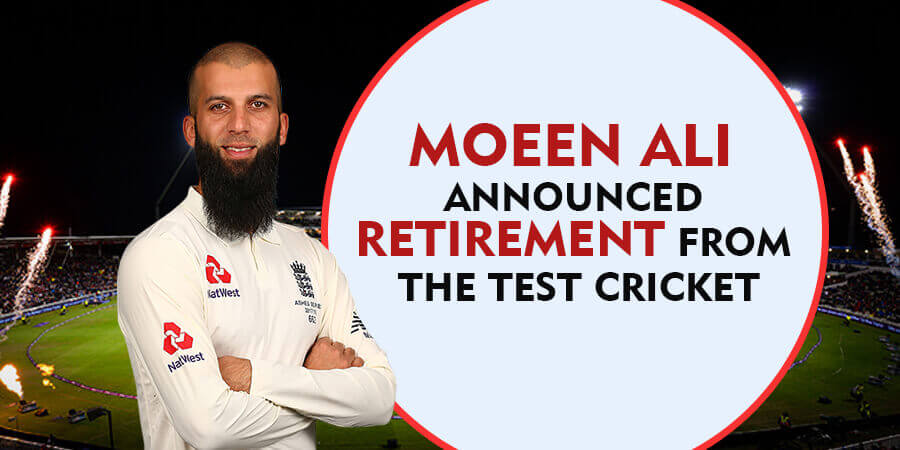 England all-rounder Moeen Ali has announced retirement from the longest format of the game on Monday. The 34-year old spinner batsman has played 64 tests for the national team.

Ali played his first test in 2014 and during his tenure he has been a valuable asset for the England test squad. Ali has scored a total of 2814 runs and grabbed 195 wickets with a batting average at 28.29 and bowling average of 36.66.

Moeen Ali has also said that he is retiring from one format only and will continue to play the white-ball cricket for as long as he can. On his retirement, he said, “I’m 34 now and I want to play for as long as I can and I just want to enjoy my cricket. Test cricket is amazing, when you’re having a good day it’s better than any other format by far, it’s more rewarding and you feel like you’ve really earned it.”

He feels accomplished and content with his Test career but also states that the intensity in the Test match can be too much sometimes. Between 2017 and 2019, Ali was at his peak bowling career where he took 26 wickets against South Africa including a hat-trick. As far as batting is concerned, Moeen Ali has hit five centuries in his career. He reached the No.3 spot on the all-rounders list in the ICC Test rankings.

Ali is a part of the England squad for the upcoming T20 World Cup and we are hoping to see him in the playing eleven. He is currently part of the Chennai Super Kings squad which is playing in the on-going 2nd half of the IPL 2021 at UAE.