Find out the latest odds, get betting tips and read our series-wise prediction for South Africa tour of New Zealand 2017 comprising of a one-off T20, five one-day internationals and three test matches, starting from February 17 till March 29.

New Zealand will welcome South Africa for a one-off T20, a five-match ODI series and a three-match test series to be played between February 17 and March 29, 2017. The Proteas are set to begin their tour with the solitary T20 match on February 17 at the Eden Park, Auckland followed by the ODI series from February 19 till March 4. South Africa will conclude their tour with the test series to be played from March 8.

The Kiwis have brought in Tim Southee for the T20 series while leaving out Tom Blundell, George Worker, Matt Henry and Neil Broom. There will be huge expectations from Martin Guptill and Kane Williamson to deliver the goods with the bat in this one-off T20. Both are among the leading run-scorers for New Zealand in the shortest format of the game. Tim Southee will definitely be the one to watch out for when it comes to bowling. The fast bowler is the second-highest Kiwi wicket-taker in T20s with 46 wickets from 38 matches.

Paceman Lungi Ngidi is injured and so he has been excluded from the team's limited-overs squad. Dane Paterson will replace Dwaine Pretorius who will not be playing the T20 on February 17. South Africa's batting will depend largely on JP Duminy and AB de Villiers who are the top two run-scorers for the side in 20-overs cricket. Imran Tahir and Wayne Parnell have taken 49 and 41 wickets respectively in their T20 career and they will be the key bowlers in the South African bowling lineup.

South Africa boast a strong head-to-head record over New Zealand in the 20-overs format having won 10 out of the 14 matches. The two teams have been involved in five T20 series in the past and New Zealand have emerged winners in just one of them. South Africa went on to win by 2-1 the last time they played New Zealand in a T20 series on the latter's turf. So going by the past record between the two teams, it is South Africa that clearly seems to be stronger in this format and so we predict them to win this one-off T20 match.

Luke Ronchi has found a place in the ODI side as wicket-keeper batsmen while Tom Blundell and Colin Munro have been dropped. Kane Williamson, Martin Guptill and Ross Taylor will be the key men with the bat for New Zealand in this ODI series. Ross Taylor is the team's highest run-getter in ODIs and he also scored the most runs for them in the recent Chappell-Hadlee Series. Tim Southee, Trent Boult and Mitchell Santner will be the biggest threat in their bowling attack. Boult has been in fine form of late and we predict him to be the pick of the Kiwi bowlers in this series.

South Africa have retained the same squad for the ODI series that played Sri Lanka recently at home. All-rounder Dwaine Pretorius will join the team after the first one-dayer which means Dane Paterson (Dwaine's replacement for the one-off T20 and first ODI) will be flying back home. South Africa have a powerful batting lineup but the ones to watch out for are AB de Villiers, Hashim Amla and Quinton de Kock. Imran Tahir and Wayne Parnell were brilliant with the ball against Sri Lanka and they will be backed by the team to continue their good performance in this series.

New Zealand vs South Africa ODI series 2017 betting odds were not available at betfair and bet365 at the time of writing.

South Africa have won 38 out of the 65 ODIs they have played against New Zealand till date which means an impressive win percentage of 63. The Proteas have also been good against them in recent times with 5 wins from their previous 7 seven encounters. South Africa last toured New Zealand for an ODI series in 2014/15 and they ended up winning that series. And with all the big names back in the side, South Africa definitely appear mightier on paper and we predict them to win this five-match ODI series.

New Zealand have played 13 tests since 2016 of which they have drawn 1, won 6 and lost as many. They have won their last four tests at home, beating Pakistan and then Bangladesh in a two-match series. However prior to this, the Kiwis lost the test series in South Africa before suffering a 0-3 whitewash in India. New Zealand have won their last six test series at home and they last faced a series defeat in 2011/12 at the hands of South Africa.

South Africa's performance in red-ball cricket has been pretty impressive in recent times. They have won 7, lost 2 and drawn as many out of the 11 matches they have played since last year. They thrashed Sri Lanka in the three-match series earlier this year and also beat Australia 2-1 in Australia before this. South Africa have won their last three series in a row and will be eyeing their fourth straight win when they take on the Kiwis in this test series.

New Zealand’s test squad has not been announced yet.

South Africa’s test squad has not been announced yet.

New Zealand vs South Africa Test series 2017 betting odds were not available at betfair and bet365 at the time of writing.

South Africa have played 42 tests against New Zealand of which they have won 24 and drawn 14. New Zealand have managed to win just 4 out of these which goes to show how dominant the Proteas have been against them in the longest version of the game. The tourists, in their past 13 tests against the hosts, have 9 wins and 4 draws. The Kiwis last won a test match against the Proteas back in 2004 at Auckland. South Africa have never lost a test series against New Zealand and we predict them to maintain this record at the end of this series. 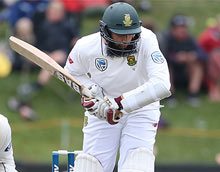 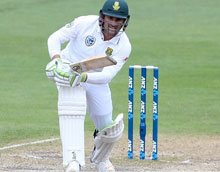 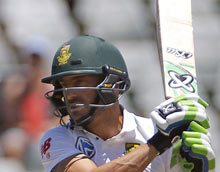 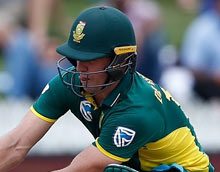 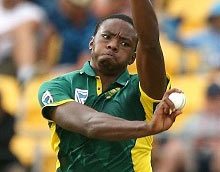 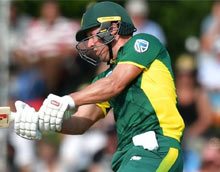