Sri Lanka are scheduled to tour Australia from January 17 till February 5 for a two-match test series. The opening test to be played at the Gabba in Brisbane will be a day/night game while the second test at the Manuka Oval in Canberra will be a day game. Sri Lanka will begin their short test tour of Australia with a three-day practice match against Cricket Australia XI at the Bellerive Oval in Hobart.

Australia have named a 13-man squad for this upcoming two-test series against Sri Lanka. The hosts have left out Peter Handscomb, Shaun Marsh, Mitchell Marsh and Aaron Finch who were all part of the team for the India test series. Matt Renshaw and Joe Burns have been included in the squad along with uncapped batsman Will Pucovski who has earned his maiden test call-up.

Australia's batting in this series will depend largely on Usman Khawaja, Travis Head, Tim Paine and newcomer Marcus Harris. Khawaja is the most experienced test batsman in this squad and he will probably open the batting alongside Harris who scored the most runs for Australia in the recent test series against India. Head hit a couple of half-centuries in that series and he will be the key man in the middle order. With the ball, the Aussies will rely on their pace troika of Pat Cummins, Josh Hazlewood and Mitchell Starc to make the early inroads into the Sri Lankan batting line-up. Cummins, the third-best test bowler in the world, took 14 wickets against India and showed that he can also be very useful with the bat down the order. Off-spinner Nathan Lyon was the joint-leading wicket-taker with 21 wickets and he too can cause problems for the Sri Lankan batsmen.

Sri Lanka have included batsman Kusal Perera in their 16-man test squad while dropping Danushka Gunathilaka who scored just 16 runs in the recent test series against New Zealand. The visitors have also ignored former captain Angelo Mathews who is currently nursing his hamstring injury. Except for these changes, the Sri Lankan team has gone in with the same group of players that were selected for the New Zealand series.

In terms of batting, Sri Lanka will be counting on the likes of Kusal Mendis, Niroshan Dickwella, Dinesh Chandimal and Dimuth Karunaratne to score the big runs. Mendis finished as the third-highest run-getter in the test series against New Zealand and his knock is going to be even more crucial in the absence of Angelo Mathews. Chandimal has 11 centuries and 17 test fifties to his name while Karunaratne is currently amongst the top ten batsmen in this format. Suranga Lakmal, Dilruwan Perera, Lakshan Sandakan and Lahiru Kumara will be Sri Lanka's best bets with the ball. Off-spinner Perera is one of the team's leading wicket-takers in tests with 151 wickets in 36 matches followed by fast bowler Lakmal who has 127 wickets in 54 matches. Kumara was Sri Lanka's best bowler in New Zealand with nine wickets in the two test matches.

Both Australia and Sri Lanka have not performed too well in the game's longest format in recent times. While the former is ranked fifth in the ICC test rankings, the latter find themselves two places below on the seventh spot. Both the teams are coming off defeats in their previous test series - the Aussies suffered a rare home series defeat to India while the Lankans were downed in New Zealand. Head-to-head, the hosts clearly have the upper hand with ten wins in the twelve test series they have played against the visitors. Sri Lanka have lost all their six test series in Australia. In fact, they are yet to register their first win in a test match in the country. Australia may have been outplayed by India, but they are definitely favorites to win the series against Sri Lanka who are unlikely to present them with the same challenge that India did.

Final Verdict: Back Australia to win the test series. 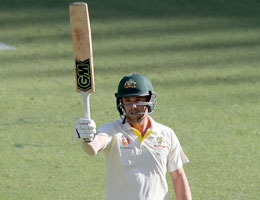 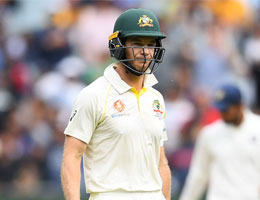