All you need to know - from team previews and squads to latest odds and predictions - before you start betting on the PSL 5 to be played from February 20 till March 22.

Peshawar Zalmi are one of the most consistent teams of the Pakistan Super League having made it to the playoffs each time. They were crowned champions in the 2017 edition of the tournament and have had successful campaigns in the past two seasons as well, finishing runners-up on both occasions. Last year, Peshawar topped the points table at the end of the league stage with seven wins and three losses before losing to Quetta Gladiators in the Qualifier. They met the Gladiators again in the final and suffered an even bigger defeat this time.

Peshawar Zalmi have retained Darren Sammy who will continue to lead the team this year as well. Apart from the skipper, the franchise has also retained Kieron Pollard, Wahab Riaz, Hasan Ali, Umar Amin, Kamran Akmal and Imam-ul-Haq. Those who have been released include Andre Fletcher, Lendl Simmons, Chris Jordan, Liam Dawson, Tymal Mills and Misbah-ul-Haq.

Peshawar will bank on the likes of Imam-ul-Haq, Kamran Akmal, Shoaib Malik and West Indian explosive batsman Kieron Pollard to score the bulk of runs for them this PSL. Kamran Akmal was the second-highest run-getter of the tournament last season with 357 runs which included three half-centuries. Hasan Ali topped the bowling charts with 25 wickets while Wahab Riaz took 17 wickets and these two will be the main weapons again for Peshawar in their pace arsenal.

Quetta Gladiators have an impressive record in the PSL and they are another team who have made it past the league phase each time. They came runners-up in the inaugural 2016 edition as well as the following year. But after an ordinary performance in 2018, the Gladiators came back with a bang last time and went all the way to win their first ever PSL title. Like Peshawar Zalmi, they won seven and lost three out of their ten league games in the previous season but finished second in the standings due to their inferior net run-rate. They pipped Peshawar by 10 runs in the Qualifier before handing them an eight-wicket thrashing in the final.

In their bid to carry out a successful title defence, the Sarfaraz Ahmed-led Quetta Gladiators have roped in Jason Roy for PSL 5. The England opening batsman will join Ben Cutting, Keemo Paul, Shane Watson, Fawad Ahmed and Tymal Mills to form the club's overseas contingent. Ahmed Shehzad, Mohammad Nawaz, Sohail Khan, Umar Akmal and Mohammad Hasnain are among the domestic players in the squad.

Shane Watson finished as the tournament's best batsman last time having scored 430 runs at an average of 43 and the Australian all-rounder will be expected to carry that form into this year's Pakistan Super League. Ahmed Shehzad, who cracked four fifties last year, along with Umar Akmal and Jason Roy are the other key batsmen in the side. Mohammad Nawaz had a good tournament with the ball last time, picking 13 wickets at an economy of 7.60, and the left-arm spinner is likely to do well again. Ben Cutting, Fawad Ahmed and Tymal Mills are the other bowlers to watch out for.

Karachi Kings have been one of the more competitive teams in the PSL and have put in good performances in the past. They have always qualified for the playoffs but have never made it to the final of the tournament and they will look to change that this season. Last year, they finished fourth on the points table at the end of the league round with five wins and as many defeats from ten matches. The Kings locked horns with Islamabad United in Eliminator 1 and a four-wicket loss in that game knocked them out of the tournament.

Imad Wasim will be leading Karachi Kings in this fifth edition of the Pakistan Super League. Mohammad Amir, Babar Azam, Aamir Yamin, Umer Khan and Iftikhar Ahmed are the ones to have been retained by the franchise. The Kings, however, have released quite a few players including Colin Ingram, Colin Munro, Ben Dunk, Mohammad Rizwan, Ravi Bopara, Liam Livingstone and Usman Shinwari who has moved to Lahore Qalandars.

Babar Azam, Alex Hales and Cameron Delport will be the key men with the bat for Karachi Kings at the top of the order. Babar Azam was one of the tournament's top ten batsman last year having scored 335 runs. In terms of bowling, the Kings will rely mainly on skipper Imad Wasim, fast bowler Mohammad Amir, Liam Plunkett, Chris Jordan and Umer Khan who finished among the leading wicket-takers last time with 15 wickets.

Multan Sultans made their maiden appearance in the Pakistan Super League in the 2018 edition. Things did not go too well for them as they finished fifth on the points table at the end of the league stage. Last year was no different as they ended up fifth again with three wins and seven losses from their ten matches. They got their campaign off to a disappointing start with four defeats from their first five fixtures and failure to turn things around made it very difficult for them to catch up with the teams ahead of them on the table. The Sultans played their final league match against Lahore Qalandars which they won quite comfortably.

James Vince, Rilee Rossouw, Shan Masood and Moeen Ali are the danger men with the bat in this team. In the previous season, James Vince scored 231 runs at a strike-rate of 144.37 and the onus will be on him again to provide good starts for the Sultans this PSL. Shahid Afridi was the most successful bowler for the side last year with 10 wickets at an economy of 6.74. He together with Junaid Khan, Mohammad Ilyas and Imran Tahir will pose a threat to the batsmen this season.

Lahore Qalandars have been the worst performing team in the history of the Pakistan Super League, finishing at the bottom of the table in each of the previous four seasons. They could only muster three wins last year during the league stage and eventually ended up winning the wooden spoon. They did get off to a pretty decent start though, winning three of their first six encounters, but suffered defeats in their final four matches. The Qalandars lost their last two fixtures by big margins - against Islamabad United by 49 runs and Multan Sultans by 7 wickets.

Lahore Qalandars will depend largely on the likes of Fakhar Zaman, Chris Lynn, Lendl Simmons and Mohammad Hafeez to deliver the goods with the bat. Fakhar Zaman scored the most runs for them last PSL - 285 runs which included three fifties. Shaheen Afridi, Haris Rauf, David Wiese and Samit Patel will be the ones to watch out for when it comes to bowling. Haris Rauf was one of the top performers with the ball for Lahore last time with 11 wickets.

Islamabad United are the most successful team of the Pakistan Super league with two title triumphs. They won the inaugural edition of the tournament in 2016 and emerged winners again in 2018. The 2017 season was also a good one for them – they went on to top the league standings but could not enter the final after losing the Eliminator to Karachi Kings. The two-time champions finished third on the leaderboard last time with five wins and as many losses. Islamabad then edged out Karachi Kings by four wickets in Eliminator 1 before going down to Peshawar Zalmi by 48 runs in Eliminator 2.

Luke Ronchi, Colin Munro, Asif Ali and Rassie van der Dussen will form the pillars of Islamabad's batting this PSL season. Ronchi smashed 319 runs at a strike-rate of 155.60 last year while Munro can take apart any bowling attack on his day. Faheem Ashraf had finished as the tournament's second-highest wicket-taker with 21 wickets and the pacer is again expected to deliver strong performances throughout the tournament. Opposition teams will also be wary of Shadab Khan, Dale Steyn and Rumman Raees.

Lahore Qalandars and Multan Sultans are the only two teams in the tournament who are yet to make an appearance in the playoffs. Though both have made a few notable signings this season, chances are that they will once again end up finishing in the bottom two.

Quetta Gladiators won the tournament last time. The defending champions have reached the final three times out of four and they will be starting off as serious contenders this year as well. Islamabad United and Karachi Kings have also been consistent in their performances in the past seasons and could go a long way again.

Peshawar Zalmi, however, seem to be the strongest contender this season. They have reached the final on the previous three occasions and their squad appears to be a fine blend of experience and talented youth. Peshawar are led by the two-time World Cup winning captain Darren Sammy and he is likely to lead his side to their second PSL title.

The Clash of Gladiators & Sultans at Pakistan Super League Fall Prey To The Rains; Match Abandons Without A Ball Being Bowled

Qalandars Win over Peshawar By 5 Wickets, Zaman & Lynn Become The Star Batsmen of the Match

The Sultans Becomes The First Team To Qualify For The Playoffs of PSL 2020, James Vince's Unbeaten 61 Steal The Show

Jason Roy of the Gladiators went a step ahead with his half century to be added to the total score of 190 runs. The batting unit was quite in its form with Ben Cutting, skipper Ahmed and Nawaz making considerable contributions to the run chase, whereby they lost 5 wickets in the span of 19.4 overs.

At the Islamabad end, it was Colin that gave the much needed momentum but quite late in the match. The team lost 7 of its players with a run score of 187 runs. With this match, Quetta is now on the top spot of the point table of Pakistan Super League 2020, with three victories in four games. However, Islamabad ranks third with two wins and two losses so far. 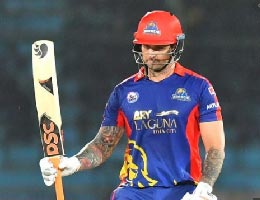 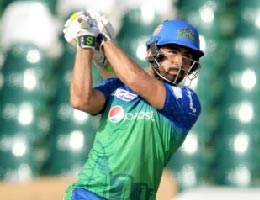 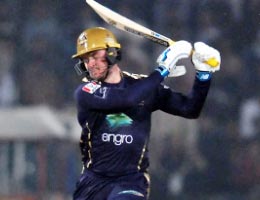 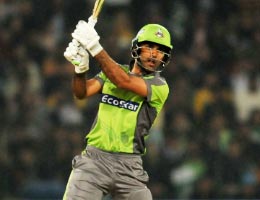 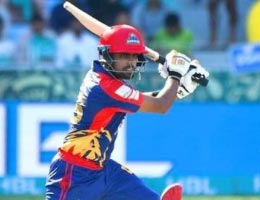 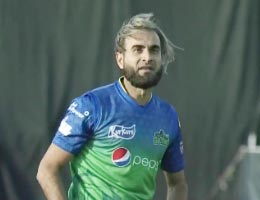