Get the latest team news, outright winner betting odds, tips and predictions for India's Tour of Sri Lanka 2017 starting from July 26 till September 6.

After a one-sided test series, India will look to continue their dominance over Sri Lanka in the 50-overs format as well. The five-match one-day international series between the two teams gets underway from August 20 at the Rangiri Dambulla International Stadium. The second and third ODIs will be played at the Pallekele International Cricket Stadium while the fourth and the fifth ODIs will be played at the R Premadasa Stadium.

Allrounders Milinda Siriwardana and Thisara Perera have been recalled into the Sri Lankan team. Left-arm bowlers Vishwa Fernando and Malinda Pushpakumara are the others to be included in the squad. Asela Gunaratne and Nuwan Pradeep are injured while Nuwan Kulasekara, Asitha Fernando and Lahiru Kumara have been left out.

Upul Tharanga and Angelo Mathews will be the key batsmen for Sri Lanka. The current and former ODI skippers are among the leading run-getters for the side in this format. Lasith Malinga has taken 298 ODI wickets from 199 matches. The paceman is Sri Lanka's most experienced bowler in the squad and he could be threatening with his toe-crushing yorkers.

Suresh Raina and Yuvraj Singh have not been included in the Indian team for this upcoming ODI series as they failed to pass their fitness tests. MS Dhoni, Manish Pandey, Jasprit Bumrah and Rohit Sharma are among a few others to have returned to the squad.

Virat Kohli has an excellent ODI record with 28 hundreds and 43 fifties. Averaging 54.68, he will be the danger man with the bat while MS Dhoni will be their biggest hope in the middle order. Bhuvneshwar Kumar and Jasprit Bumrah have bowled well for India in recent times and they will be the ones to watch out for in this bowling attack. Kuldeep Yadav was impressive in the final test match and he will have a big role to play in the absence of Jadeja and Ashwin.

India start off the ODI series being heavy favorites to win among the bookmakers at best price of 1.28 each with Betfair and Bet365. This was expected, especially considering the manner in which they won the test series. Sri Lanka were absolutely blown away by the India juggernaut and the absence of some of their premier bowlers will make even harder for them to compete against a formidable Indian team in the ODIs. The hosts are way up at 3.9 with Betfair and 3.75 with Bet365.

Sri Lanka's batting looked fragile in the test series and they simply had no clue whatsoever against a disciplined Indian attack. This will be the team's biggest cause for concern going into this series. Their ODI record against India isn't impressive either as the visitors have won 83 out of the 139 encounters. Since 2008, there have been three 5-match bilateral ODI series between these two sides in Sri Lanka and India have emerged victorious in all three of them. At the moment, Virat Kohli's men are looking far more superior than Tharanga's deflated side and so we predict them to win this ODI series.

Final Verdict: Back India to beat Sri Lanka in the ODI series at 1.28 each with Betfair and Bet365. 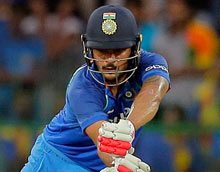 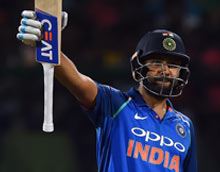 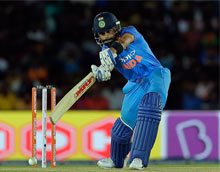 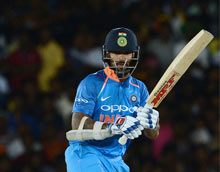 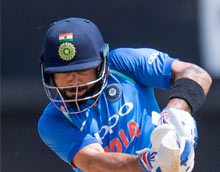