Sri Lanka will welcome New Zealand for a two-match test series and a three-match T20 international series scheduled to be played between August 8 and September 6. The test series will kick-off the tour with the opening game played from August 14 at the Galle International Stadium in Galle followed by the second test from August 22 at the P Sara Oval in Colombo. The Pallekele International Cricket Stadium in Pallekele will host all three games of the T20I series starting from September 1. New Zealand are also scheduled to play Sri Lanka Board Presidents XI in a three-day practice game prior to the test series as well a T20 practice game prior to the T20I series.

Sri Lanka have picked former captain Dinesh Chandimal in their 15-man squad for the first test match. Angelo Mathews, who sat out the South Africa tour with a hamstring injury, returns to the side along with Niroshan Dickwella and Akila Dananjaya both of whom were part of the Sri Lanka A squad that toured India nearly two months ago. Chamika Karunaratne, Angelo Perera, Dilruwan Perera, Danushka Gunathilaka, Kasun Rajitha, Shehan Jayasuriya and Asitha Fernando are the ones who have been left out from the preliminary 22-man squad.

Sri Lanka have announced a 15-man squad for the three-match T20 international series with Lasith Malinga confirmed to lead the team. Batting all-rounder Danushka Gunathilaka has returned to the side and has joined the likes of Lahiru Kumara, Niroshan Dickwella, Kasun Rajitha, Shehan Jayasuriya, Dasun Shanaka and Kusal Perera who missed the T20I series against South Africa earlier this year due to injury. The Sri Lankan selectors have left out nine players from that South Africa series including Suranga Lakmal, Thisara Perera, Jeffrey Vandersay and Dhananjaya de Silva.

In terms of batting, Sri Lanka will rely mainly on the likes of Dimuth Karunaratne, Angelo Mathews, Kusal Perera and Kusal Mendis. Dinesh Chandimal has returned to the test set-up but he has been out of favor for a very long time. Karunaratne has been the team's most consistent performer with the bat in this format for quite a while now and the skipper is definitely the key man in this batting line-up. With the ball, Sri Lanka will turn to their wicket-taking options in Suranga Lakmal, Vishwa Fernando, Akila Dananjaya and Lakshan Sandakan. Lakmal is one of the team's most successful bowlers in test cricket with 137 wickets in 57 matches. Fernando was the most impressive of the pack in Sri Lanka's last test series against South Africa where he took 12 wickets in two matches. Spinners Dananjaya and Sandakan are expected to get the ball to turn in these conditions.

Sri Lanka have blown hot and cold in recent times in test cricket. They have won two and lost three of their last five series. After beating South Africa 2-0 at home last year in July, the Lankans suffered a 0-3 thrashing against England at home before going down to New Zealand and Australia. Their most recent test assignment came in February in South Africa where they swept the hosts 2-0.

Sri Lanka have struggled more in the 20-over format. They have won only two and lost seven of their last nine T20I series. They last won a series last year in August which was a one-off match against South Africa at home. Sri Lanka have since faced England, New Zealand and South Africa and have lost to each of them.

New Zealand have named a 15-man test squad that will be captained by Kane Williamson. BJ Watling, Tom Latham and Henry Nicholls are the specialist wicketkeepers in the side while Tom Blundell serves as cover for Watling. The tourists are going in with a three-man pace attack formed by Trent Boult, Tim Southee and Neil Wagner in addition to seam-bowling all-rounder Colin de Grandhomme. The team has also included four spinners in the squad - Ajaz Patel, William Somerville, Mitchell Santner and Todd Astle. Lockie Ferguson, who was one of the most impressive bowlers for New Zealand in the World Cup, has not been considered for the game’s longest format.

New Zealand have rested their star batsman and captain Kane Williamson along with ace bowler Trent Boult for the three-match T20I series. Tim Southee will be leading the team’s 14-man squad in the series.

New Zealand will expect their big guns Kane Williamson, Ross Taylor and Tom Latham to make healthy contributions with the bat in the test series. Skipper Williamson is the world's second-best batsman in this format of the game and he even scored the most runs for his team in the last test series against Bangladesh. Ross Taylor is the second-highest run-getter for the Kiwis in tests at an average of 46.71. Trent Boult, Tim Southee, Neil Wagner and Mitchell Santner are the main weapons in this New Zealand bowling attack. Boult is the leading wicket-taker from the current squad - 246 wickets in 61 matches - while Wagner is ranked fifth in the ICC test rankings for bowlers. Boult and Wagner had a terrific test series against Bangladesh where they finished as the top two bowlers with 13 and 16 wickets respectively. With the pitches in Sri Lanka generally being spin-friendly, Mitchell Santner too will have a big role to play.

New Zealand have been very impressive as far the game's longest format is concerned. They have won seven and lost just one of their past eight test series. They last faced defeat in March 2017 - a series of three matches against South Africa at home which they lost 0-1. The Kiwis have since played five test series and have won them all, including the most recent one in which they thrashed Bangladesh 2-0 at home.

New Zealand have not been as consistent in the T20Is as they have been in test cricket. They have won three and lost as many of their last six series. After their 2-0 win over the West Indies at home last year in January, the Black Caps then lost to Pakistan twice and lost to Australia in the final of the Trans-Tasman Tri-Series. However, they have won their two most recently played T20I series (both at home) - against Sri Lanka 1-0 and against India 2-1.

New Zealand and Sri Lanka have played 34 test matches against each other with the former leading the scoreline 15-8. The rest of the matches have all ended in draws.

In the shortest format, the two countries have faced each other 16 times with New Zealand winning on eight occasions and Sri Lanka on six. One of the encounters has resulted in a tie while one has not produced any result.

The test series is over and the two teams will now battle it out in the three-match T20I series which is set to kick-off from September 1 at the Pallekele International Cricket Stadium. While the hosts won the opening game of the preceding two-test series, the visitors roared back to square the series with a thumping innings win in the second test and that should boost their confidence heading into the T20Is.

As far as the T20 rankings are concerned, New Zealand are ahead on the sixth spot while Sri Lanka are lagging behind at the eighth position. In terms of team composition as well, the Kiwis look stronger on paper with explosive batsmen in Martin Guptill, Colin Munro and Colin de Grandhomme along with quality bowling options in Lockie Ferguson, Ish Sodhi and Mitchell Santner. Sri Lanka emerged victorious the last time these two teams played a T20I series against each other in this country - in 2013 - but we feel that New Zealand are better placed to win this time around.

Final Verdict: Back New Zealand to beat Sri Lanka in the T20I series. 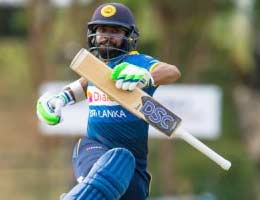 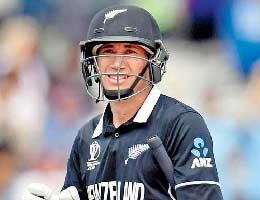 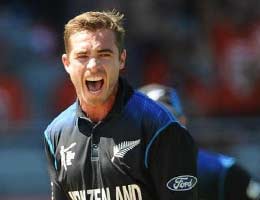 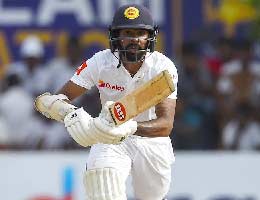 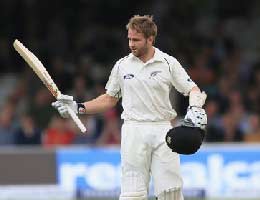