In search of their first ever test series win over South Africa, New Zealand travel to the Rainbow Nation for a gripping two-match test series, commencing from August 19 till August 31, 2016.

New Zealand are in South Africa for a short tour comprising of a two-match test series set to kick-off from August 19. Kingsmead, Durban will be the venue for the first test while the SuperSport Park, Centurion will host the second test scheduled to begin from August 27. New Zealand's test tour of South Africa will conclude on August 31.
While the Proteas are returning to test match cricket for the first time since suffering a 2-1 test series loss against England at home in January, the Kiwis have warmed-up with an easy 2-0 series victory over Zimbabwe last week.

Faf du Plessis will be taking over as the stand-in skipper as their regular skipper AB de Villiers and strike bowler Morne Morkel have been ruled out of the series due to injuries. However, Dale Steyn and Vernon Philander are match-fit and will make a comeback to the squad, which means South Africa will still have plenty of variety in their pace attack which already includes the likes of Rabada, Morris and Abbott.

Steyn tormented the Kiwis in the 2013 test series and although he might be willing to comprise pace for fitness, he can finish the series as the best bowler from his side. Elgar, de Kock and Bavuma have all done well with the bat in recent times, but it is the experience of Hashim Amla that makes him more likely to be the top run-scorer for South Africa in this series.

The visitors will be fielding the same 16-member squad from their Zimbabwe tour, and under the leadership of Kane Williamson, they will be looking to secure their first ever test series win over South Africa. Uncapped opening batsman Jeet Raval has been given a test call-up while Ish Sodhi, the leg-spinner, has been recalled following his seven-wicket haul in the last test.

Kane Williamson and Ross Taylor were brilliant against the Zimbabweans. Williamson has been the run-machine for them, whatever the format of the game. Taylor remained unbeaten and amassed 364 runs in the three innings and he is more likely to score the most in this series. Neil Wagner was the standout bowler with 11 wickets and he could be the top bowler for New Zealand.

Who Will Win the Series?

New Zealand have never won a test series against South Africa and they have won just 4 of the 40 tests played between the two nations. In the 13 tests on South African soil, the visitors have only one win while the hosts have 10 wins with two matches being drawn.

Though South Africa hold a strong record over New Zealand, they haven't done well in test cricket in recent times. With back-to-back series defeats (3-0 loss against India and 2-1 loss against England at home), the Proteas have slipped down to no. 7 in the ICC test rankings. The Kiwis, on the other hand, have raised their test status and are currently positioned two places above at no. 5 in the rankings.

South Africa haven't played test cricket since January and they will be without spearheads de Villiers and Morkel in this series. New Zealand beat Sri Lanka 2-0 at the end of 2015 and look well prepared for this series with a comprehensive series victory over Zimbabwe. We, therefore, predict the visitors to create history and win their first test series against South Africa. 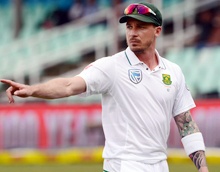 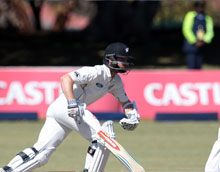