From team previews and odds to betting tips and predictions - everything you need to know about the eighth edition of the KPL, starting from 16th August till 1st September 2019.

The Karnataka Premier League is set to return for its eighth installment and is scheduled to run from August 16 till September 1. Like the previous edition, the tournament will feature a total of seven city-based franchises competing for the coveted trophy. However, there is a slight change in the format of the competition this year with IPL-like playoffs being introduced for the first time. Instead of the semi-finals, the top four teams at the end of the league stage will now advance to the playoffs comprising an eliminator, two qualifiers and the final.

The first 9 out of the total of 25 fixtures will be hosted by the M.Chinnaswamy Stadium in Bengaluru before the action shifts to the KSCA Hubli Cricket Ground in Hubli where the next seven matches will be played. The final leg of the KPL 2019 including the playoffs and the final is scheduled to be played at the Srikantadatta Narasimha Raja Wadiyar Ground in Mysuru.

Belagavi Panthers are one of the most consistent teams in the Karnataka Premier League having qualified for the knockout round five times out of seven. They came runners-up in the inaugural season in 2009 and finished as semi-finalists in three successive seasons from 2014 to 2016. The 2017 season has been the most successful for the Panthers where they went on to be crowned champions. Last year, however, they failed to go beyond the league stage finishing fifth on the points table.

Belagavi Panthers have retained left-arm spinner Subhang Hegde and pacer Avinash D for this season while recruiting batsman Abhinav Manohar who is their most expensive pick at Rs. 4.6 Lacs. The inclusion of Manish Pandey, who has represented India at the international level, will bolster the team's batting.

Mysuru Warriors are champions of the 2014 edition where they beat Belagavi Panthers by six wickets in the final. They have made the semi-finals twice in the previous three seasons. Last time, they won three and lost as many matches during the league phase to finish fourth in the standings. They got off to a very good start with three wins from their first four matches but faced defeats in their final two league encounters before being knocked out of the tournament with a 20-run loss in the semi-final against Bengaluru Blasters.

Bijapur Bulls are the most successful team of the Karnataka Premier League. They are two-time champions having first won the tournament in 2015 and then in the previous season. They reached the semi-finals twice in the first three editions and also came runners-up in 2017 which means that they have reached the finals three times in the last four seasons. Last year, the Bulls finished third in the league standings with three wins, a loss and a couple of washouts. They won their last three league games on the bounce and then brushed aside Hubli Tigers in the semi-final before claiming their second title with a dominant victory over Bengaluru Blasters in the final.

Batsman Bharath Chipli and leg-spinner KC Cariappa are the two players to have been retained by Bijapur Bulls for this year's KPL. The franchise signed pace bowler Prateek Jain at Rs. 4.50 Lacs - their costliest pick at the auctions.

Hubli Tigers did not feature in the first two editions of the KPL. They made their maiden appearance in 2014 when they ended up fifth on the points table to miss out on a semi-final berth. However, the Tigers have been very impressive and consistent in the previous four seasons - they came runners-up back-to-back in 2015 and 2016 and have managed to reach the semi-finals on the previous two occasions. Hubli Tigers had a very good tournament last time - they got off to a terrific start with wins in their first three completed fixtures and eventually finished second on the points table with four wins and one loss from their six league games. But their campaign came to an end after being outplayed by Bijapur Bulls in the semi-final.

The Tigers have retained pacer Vinay Kumar and leg-spinner Praveen Dubey for the KPL 2019. Batsman Mohammed Taha, at Rs. 5.70 Lacs, is the team's most expensive signing this year.

Namma Shivamogga, who were rechristened Shivamogga Lions last year, have featured in four KPL seasons. They finished sixth in their first KPL appearance in 2015 as well as the following year in 2016. After a forgetful first two seasons, they turned things around in 2017 when they managed to qualify for the semi-finals. The Lions, however, had another horrible tournament last time where they lost all their six league games to finish at the bottom of the points table.

With the hope of making their KPL 2019 campaign a success, the franchise has made plenty of positive signings, the most notable being that of all-rounder Pavan Deshpande who was the most expensive player to be bought at the auctions at Rs. 7.3 Lacs. Shivamogga Lions have retained wicketkeeper Nihal Ullal and left-arm spinner Prithviraj Shekawat in their squad.

Ballary Tuskers, who did not play the first two editions, won the tournament in 2016 and that was the only season in which they were able to go past the league stage. Barring that, their performance has been pretty ordinary, finishing sixth three times in their five KPL appearances including the previous season where they lost four and won just one out of their six league encounters. They had a disastrous start last time, losing their first four completed matches and the one match that they did win was won in the Super Over against Shivamogga Lions.

For the KPL 2019, Ballari Tuskers have retained wicketkeeper CM Gautam and batsman Devdutt Padikkal in their squad. Pace bowler Prasidh Krishna was the team's most expensive pick at the auctions at Rs. 5.80 Lacs.

Bengaluru Blasters, who have only played the previous two editions, are the newest team of the Karnataka Premier League. They made their maiden appearance in the 2017 season which did not go well for them as they ended up at the bottom of the points table at the end of the league round. However, the Blasters bounced back strongly last year to reach the final and finish runners-up. They won five and lost none of their six league matches to top the leaderboard. They defeated Mysuru Warriors by 20 runs in the semi-final were outplayed by Bijapur Bulls in the final.

Medium pacer V Koushik and all-rounder Manoj Bhandage are the two players who have been retained by Bengaluru Blasters this season. Batsman Rongsen Jonathan at Rs. 6 Lacs is the most expensive signing by the franchise.

Our Prediction: Who Will Win Karnataka Premier League 2019?

Shivamogga Lions have been the weakest of all the teams in the Karnataka Premier League. They have managed to go past the league stage just once in the four seasons they have played and could not even register a single win last time. Though they have rejigged their team this year and have the most expensive player of the tournament in their squad, we still feel they would struggle to qualify for the playoffs. Ballari Tuskers have fared poorly on the last couple of occasions while Mysuru Warriors have had consistency issues, and we don't think they will be able to finish in the top four this season.

Bengaluru Blasters, Hubli Tigers, Belagavi Panthers and Bijapur Bulls are the four teams that we feel will qualify for the playoffs in the KPL 2019. The Blasters were impressive last year and came runners-up while the Tigers have reached at least the semi-finals in the previous four editions. The Panthers have finished in the top four four times in the last five seasons and they are likely to go past the league stage this time as well. Bijapur Bulls have been the most consistent and successful team of the tournament and have made it to the finals three times in the last four years. We are backing the two-time champions to win the KPL again and defend their title. 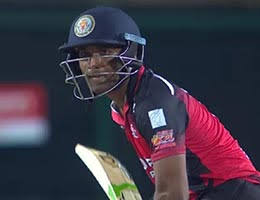 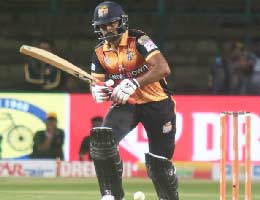 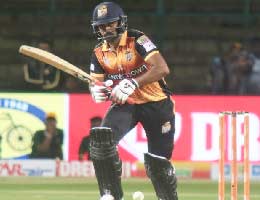 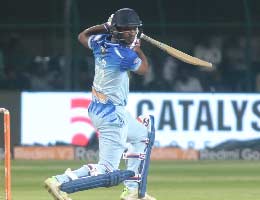 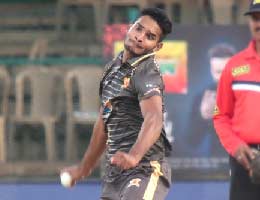 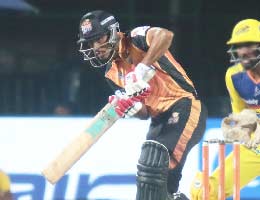