England look to tame India in their own den as they take on the hosts in a five-match test series, a three-match ODI series and a three-match T20I series between November 9, 2016 and February 1, 2017.

After their unsatisfactory tour of Bangladesh, England will now be touring India for a five-match test series and a one-day international and a T20 international series comprising of three matches each. The test series will be played between November 9 and December 20 before the ODI series starts next year in 2017 from January 15 till January 22. The T20I series will be played between January 26 and February 1, 2017.

Read on for team previews, betting odds and prediction for India vs England test series 2016….

Cheteshwar Pujara, Virat Kohli and Ajinkya Rahane are the ones who will be expected to deliver the goods with the bat throughout the series. All of them performed well against New Zealand and India will be looking at them once again to score the big runs. Kohli seems to be in sublime form at the moment and the way he batted against the Kiwis, especially in the ODI series, we predict him to finish as India's top-scorer in this series.

It was the spin duo of Ravichandran Ashwin and Ravindra Jadeja who had the Kiwis in all sorts of problems all through the test series. And once again, India will be relying heavily on them to pick up wickets against England. Ashwin was the standout performer with 27 wickets including three five-wicket hauls and a couple of ten-fors. The offspinner is also India's highest wicket-taker in tests from the current squad and has a superb record at home. So expect him to be the top bowler for India.

Their batting looked fragile in Bangladesh and this would perhaps be the biggest concern for them heading to India. None of the batsmen could get a hundred in the two matches. There were quite a few fifties though from the likes of Cook, Duckett, Root, Stokes, Bairstow and Ali. Cook and Root will be the key in England's batting. Skipper Cook is their leading run-scorer in test cricket while Root is their most consistent batsman across all formats. We predict either of them to top-score in this series.

James Anderson is set to miss at least the first three tests due to a shoulder niggle which means England's pace attack will be dependent on Chris Woakes, Ben Stokes, Stuart Broad and Steven Finn. Stokes took the most wickets for his side against Bangladesh and he could be effective in these conditions once the ball starts reversing. Adil Rashid and Moeen Ali will form England's spin options. But since Indian batsmen are generally good players of spin, we expect Stokes to be the top bowler for England in this series.

India have recorded wins in their last four test series at home and their recent 3-0 wipeout of New Zealand has made them the favorites to win this test series outright at 1.56 with betfair and 1.11 with bet365. England drew their home test series against Pakistan 2-2. They narrowly edged out Bangladesh in the first test before receiving a shocking 108-run loss in the second test. Their performance in the five-day format has clearly taken a dip and this has taken them up at 6.8 with betfair and 12.00 with bet365. A drawn series stands at 4.5 and 11.00 respectively.

Since 2011, the two teams have played three test series with each other and England have won them all. This includes England's last tour of India in 2012/13 when the tourists won the four-match series 2-1. So the fact that they have lost their previous three test series to England could very well play on the mind of Indian players.

But England are having issues of their own at the moment. To begin with, they will be without their strike bowler James Anderson for at least the first three matches which could have a telling effect on their chances in this series. What's worse is that they will be coming to India after conceding their first ever test defeat to Bangladesh - a team that is ranked ninth in the ICC test rankings. So this could make one wonder how will they fare against the number one ranked test team in their conditions.

There has not been a drawn test series in India since 2010/11. Plus, the English batsmen batted poorly against the Bangladeshi spinners who are not on a par with their Indian counterparts who will be even more menacing in these conditions. So the chances of this series ending in a draw are not much with India favorites to win.

Cricketbetting Recommends: Bet on India to win the test series. 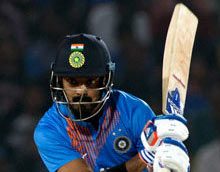 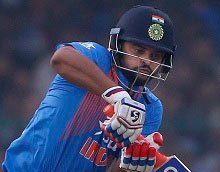 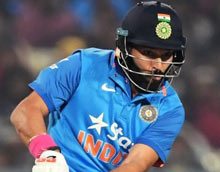 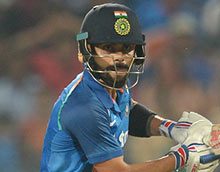 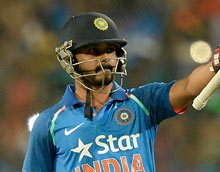 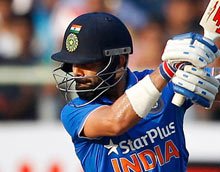