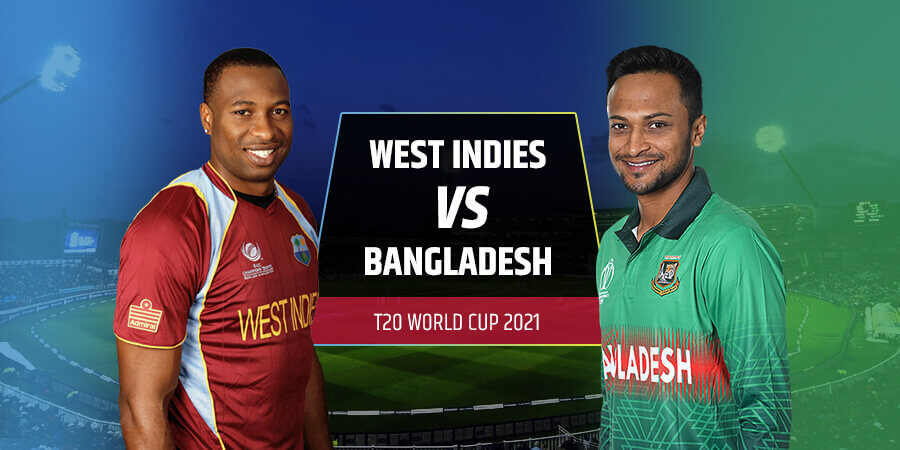 The 23rd match of the ICC T20 World Cup will be played between West Indies and Bangladesh.

West and Bangladesh are set to face each other in another Group 1 clash. As the tournament proceeds, all the teams are looking forward to winning more matches to qualify to the semi-finals. Both these teams are struggling for the first two points on the table.

West Indies have played two matches and lost both. First they were outplayed by a strong England team and got all out on 55 runs, and in the 2nd match, South Africa successfully chased 144 to defeat West Indies. The reigning champions and two times T20 World Cup winning team, West Indies are struggling with their form.

Bangladesh is also seen struggling a bit in the first match of the group stage where they lost to Scotland by 6 wickets. They pushed themselves up in the next matches and entered the Super-12 stage. In the 1st super-12 match against Sri Lanka, Bangladesh played well and put on a target of 172 but Sri Lankan batsmen were in a whole other mood. They chased this huge target and handed Bangladesh their first loss.

The contest will be a close one as both the teams are hungry for those points to stay alive in the tournament.