Virat Kohli to step down from RCB captaincy post IPL 2021 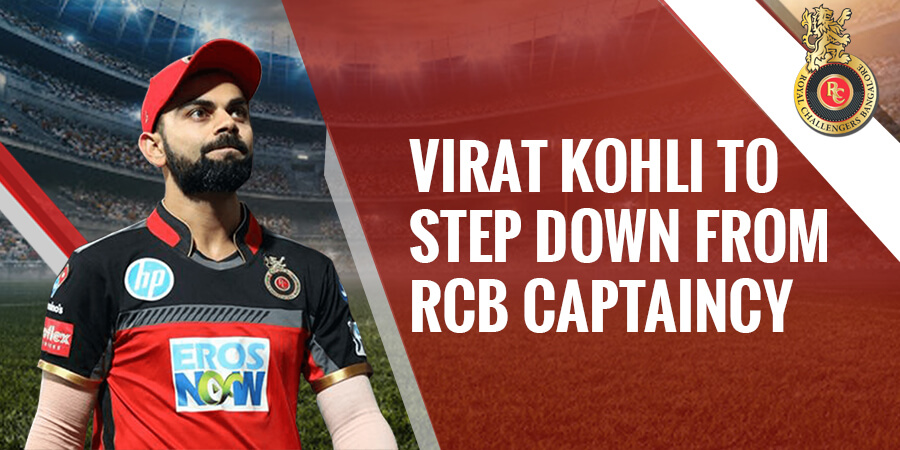 After recently announcing to step down from T20I captaincy, Virat Kohli has now announced that he will step down as captain of Royal Challengers Bangalore as well, after the end of IPL 2021.

The surprising news came from the RCB social media while the opening match of the 2nd phase of IPL 2021 was underway between Chennai Superkings and Mumbai Indians.

Kohli took RCB’s captaincy from Daniel Vettori in 2013 and since then he has played 132 matches as the Captain of the side. During his tenure, RCB reached 3 play-offs, out of which they came out as runner-up in the 2016 edition. The 2016 edition was also special for Virat Kohli as he emerged as the top scorer in that year.

Kohli cleared the air that he will be a part of the RCB squad till his retirement from the IPL. In the current ongoing IPL, RCB has been doing good so far and currently, they are at the no.3 spot.

Virat Kohli is the highest run-scorer in the IPL with 6076 runs in 199 matches. Kohli will play his 200th IPL match against Kolkata Knight Riders today i.e 20th September 2021.

Kohli’s announcement about stepping down from captaincy came from a video uploaded by RCB on its official account. In the video, Kohli said, "Spoke to the management this evening. It was something on my mind for a while. As I recently announced, stepping down from T20 captaincy as well to manage my workload which has been immense over the last so many years. I want to continue to remain committed to the responsibilities I am fulfilling and I felt I needed this space to refresh, regroup and be absolutely clear in how I want to move forward.”