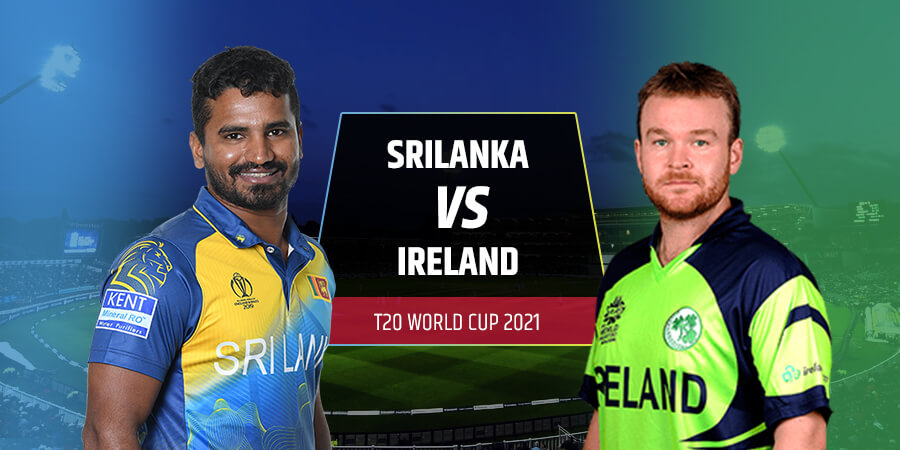 The 8th Match of ICC T20 World Cup will be played between Sri Lanka and Ireland and this is the second match of the tournament for both the teams. The match is set to take place at Sheikh Zayed Stadium, Abu Dhabi at 7:30 PM IST, 2:00 PM GMT and 6:00 PM LOCAL.

Sri Lanka and Ireland are part of Group A along with Namibia and Netherlands. Both the teams had a positive start to the tournament after winning their first matches.

Sri Lanka defeated Namibia by 7 wickets where the Lankan bowlers put up a great show and restricted Namibia to a low score of 96 runs. New offbreak spinner Maheesh Theekshana from Sri Lanka emerged as the Man of the Match with figures 3/25 in 4 overs whereas Wanindu Hasaranga took 2 wickets.

Ireland also won their first match in the same fashion with chasing a low scoring total of 106 runs and won by 7 wickets. Irish pacer Curtis Campher won the Man of the Match for his amazing bowling figures of 4/26 which choked the Netherlands batting line-up.

This is a must win match for both the teams as a win will confirm the qualification to the next round of super-12.