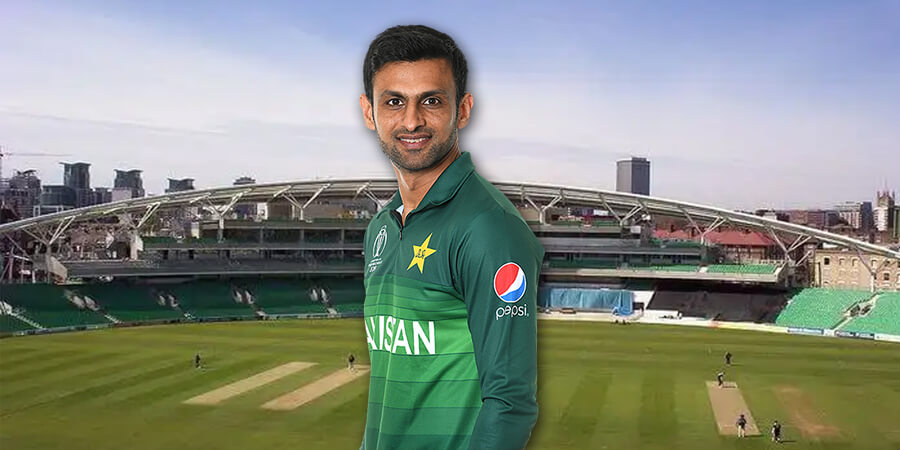 Pakistan all-rounder Shoaib Malik has been roped in to replace the top-order batsman Sohaib Maqsood in the Pakistan’s 15-man squad for the upcoming ICC Men’s T20 World Cup, which is set to commence on the 17th of this month.

Sohaib Maqsood has been diagnosed with a back injury, therefore, has to miss the opportunity to be a part of the squad.

The 39-year-old all-rounder will bring his immense experience to the team. He is currently playing in the National T20 Cup in Pakistan as a part of the Central Punjab squad. He has been in terrific form in the tournament scoring 225 runs in just 7 games.

Shoaib Malik announced his retirement from Test cricket in 2015 and One-Day Internationals in 2019. He said that he will put a full-stop to his career after the T20 World Cup 2021, if he is selected in the squad. Chief Selector of Pakistan Cricket team said, “Sohaib is devastated to miss out on the T20 World Cup on doctors' advice and following discussions with the team management, we have decided to include Malik in the side.”

Shoaib Malik was the skipper during the first T20 World Cup which took place in 2007 in South Africa. He was also part of the Pakistan squad when they clinched the maiden T20 World Cup trophy in 2009.

Pakistan will start their T20 World Cup campaign against India on 24th October, 2021 in Dubai. Malik is an experienced player and has a good record against the Indian side.