Sherfane Rutherford is Leaving IPL Due to Personal Reasons 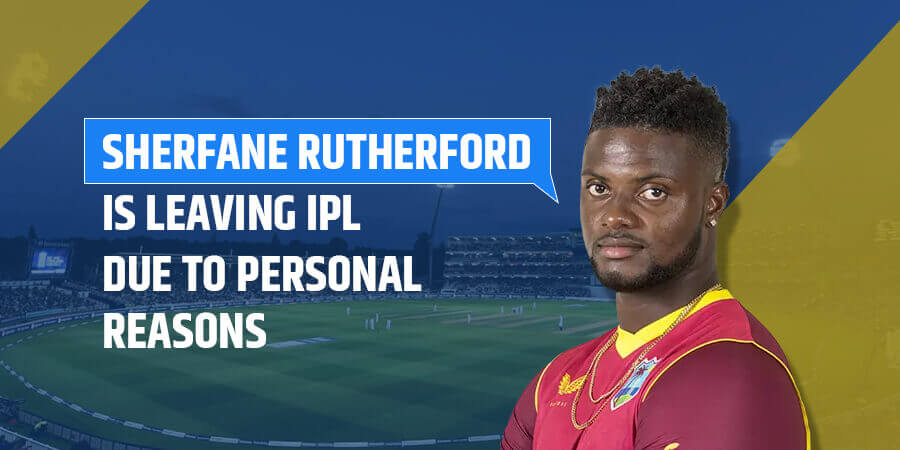 West Indies batsman Sherfane Rutherford is dropping out of IPL 2021 as he is returning home after the demise of his father. Rutherford came into Sunrisers Hyderabad squad after Jonny Bairstow was unavailable due to personal reasons.

After Rutherford’s exit, SRH is now three players down in their squad as T Natarajan and Vijay Shankar are also not available due to different reasons. SRH is having a difficult season this year as they are already sitting at the bottom of the table and won only one game till now.

SRH announced the news through their social media, which said “The SRH family conveys its heartfelt condolences to Sherfane Rutherford and his family on the passing away of his father. Sherfane will be leaving the IPL bio-bubble to be with his family in this difficult hour.”

SRH is Rutherford’s second IPL team after he was a part of Delhi Capitals in the 2019 season. In this year’s Caribbean Premier League, he was in the St Kitts and Nevis Patriots and they won their first CPL trophy this season.

There hasn’t been any update yet regarding the replacement for Rutherford in the SRH squad.