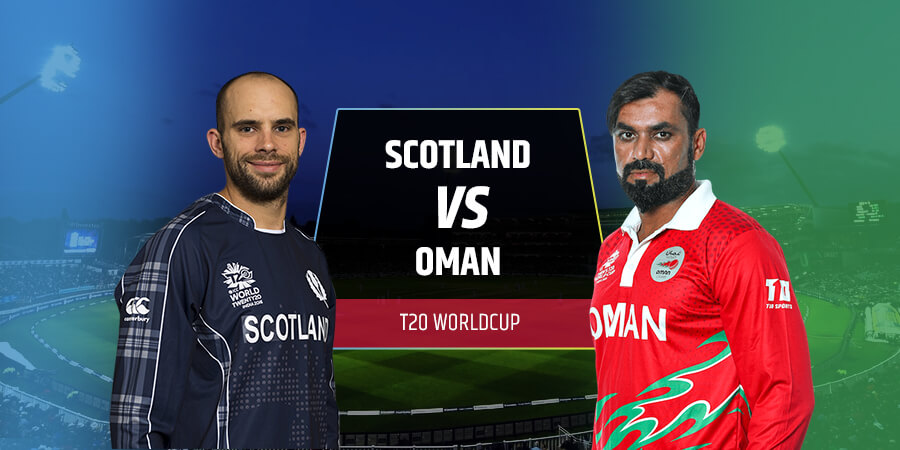 Oman and Scotland will battle it out in the Match 10 of the T20 World Cup. This is a crucial contest for both the teams as they fight to proceed to the next round of super-12 stage.

Oman and Scotland will face each other in the final match of Group B. Scotland is currently at the top with 4 points while Oman has won one match and has 2 points. It is going to be a tough and exciting fight.

Scotland has been quite outstanding in this year’s T20 World Cup edition. They started their campaign on a great note with a win over a strong Bangladesh squad which defeated the likes of Australia and New Zealand in T20I series recently. Scotland is currently on a winning streak and they look positive about this match as well.

Oman is a perfect underdog right now in the tournament. They have impressed everyone with their gameplay, especially after the 10-wicket win in the first match. Oman will be looking to bounce back after the defeat against Bangladesh.