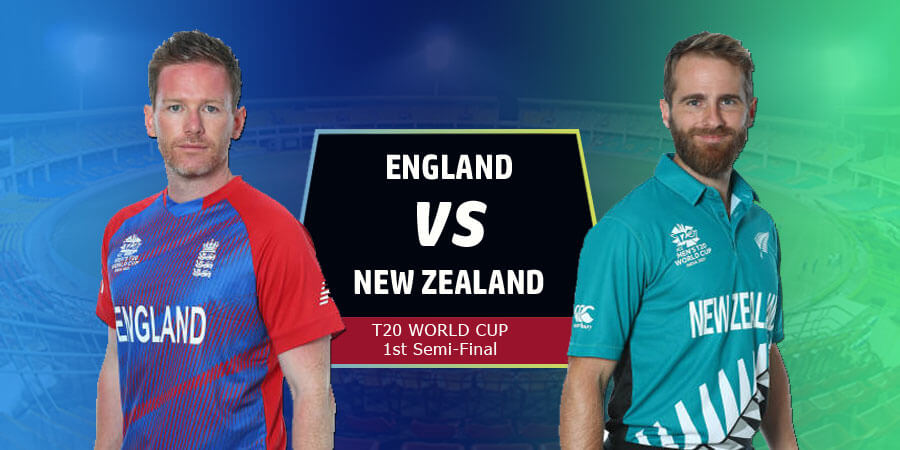 The 1st semi-final of the ICC T20 World Cup will be played between England and New Zealand.

As the T20 World Cup Super-12 stage is nearing its end, we have the four teams which have qualified to the semifinals of this year’s T20 World Cup.

Among the 4 semi-finalist teams, England and New Zealand will battle it out in an exciting semi-final which will bring back the memories of the ICC World Cup 2019 final between the same teams. England won that final and emerged as the winner of the ICC World Cup for the first time and they are looking like a strong contender to clinch the T20 World Cup trophy as well. England lost only 1 match in the Super-12 round.

New Zealand, on the other hand, are in great form and they have backed themselves up pretty nicely after losing the 1st match of the Super-12 against Pakistan. They won all the matches after that defeat and entered the semi-final stage.

England looked unbeatable till South Africa beat them by 10 runs and New Zealand can definitely pull a victory to avenge the World Cup 2019 loss. And England has an amazing squad which can tick all the boxes for them in batting, bowling and fielding.